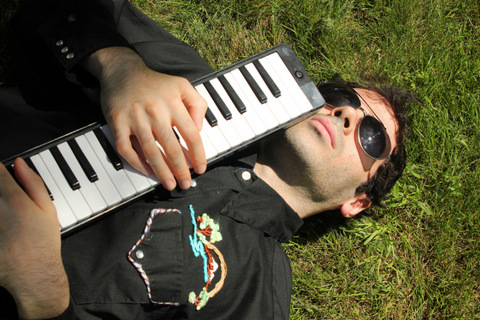 by David A. Powers – Despite the fact the music has always been linked with spiritual practice, for most in modern Western society, this connection has been lost; music is seen as mere entertainment. From this point of view, works of music are nothing but commodities that exist to be consumed and then forgotten. Nevertheless, the potency of music as a mystical praxis remains as strong as it ever was for those who choose to approach music as a living tradition and spiritual force. Furthermore, while there are certainly many styles of music from around the globe that have maintained a connection with living spiritual traditions, we in the West also have many profound works from within the classical and jazz traditions that have great potential for use by spiritual practitioners. Such pieces are waiting for us, the listeners, to engage with them, and have many secrets to reveal. It is therefore my hope in this essay to not only inform readers about the connection between music and spirituality, but also inspire them to creatively engage with music and discover new ways to enhance their own spiritual practices through the use of music.

“You lead the muses into dance… and with your versatile lyre you harmonize the pole, now reaching the highest pitch, now the lowest… balancing the poles harmoniously.”

In the Western tradition, music has long been seen as reflecting a cosmic order, making it an ideal tool for what I call “cosmic contemplation.” All music has a mathematical basis, and in the Western world, at least since Pythagoras, music been associated with the cosmic mysteries of number and geometry, mysteries that penetrate both the microcosm and the macrocosm. To the ancients, mathematics was not a mundane discipline, as it is to most individuals today, but rather it was seen as a discipline that could help the individual gain knowledge of the Divine Mind that exists simultaneously beyond and within ordinary reality.

There are many works that explore the sacred dimensions of number and allow the listener to engage in cosmic contemplation. In the dense, complex, and highly contrapuntal works of medieval and early Renaissance composers such as Guillaume de Machaut, Johannes Ockeghem, and Guillaume Dufay, for example, we can lose ourselves in musical visions that are reminiscent of the great Gothic cathedrals. Like Gothic cathedrals, these works are full of hidden details, and the music is often structured by means of rules that are not readily apparent to the listener. For the receptive listener, these pieces can provoke feelings of awe and transcendence, as they hint at a divine intelligence secretly manifesting within the material realm.

Later, that most eminent of composers, Johann Sebastian Bach, created music which is both extremely beautiful, and full of hidden mathematical relationships, relationships which again hint at ideas of a secret order residing beyond the veils of appearance, yet somehow manifesting through them. In more recent times, musicians such as the Viennese composer Anton Webern, saxophonist John Coltrane, and composer-pianist Muhal Richard Abrams have created compelling pieces that encode numerological symbolism within their works. For listeners who have an interest in both music and sacred mathematics, pieces of music such as these are ideal objects for contemplation, and can be used as musical mandalas.

Music is not only about numbers and mathematics, of course—it also has the power to move our emotions and tell stories. The narrative power of music can transport listeners far away from mundane reality, into a mythological universe where archetypal forces are experienced directly as living presences. Wolfgang Amadeus Mozart’s opera The Magic Flute, for example, not only is saturated with Masonic symbolism, but also manages to evoke the archetypal experience of the spiritual seeker and initiate through the events of his opera.

It has been my experience that musical works with narratives rooted in mythology or the Western Mystery Tradition are ideal as objects of “passionate contemplation”, as they allow us as listeners to enter into the narratives directly and experience the stories as if we were participants. Such an approach to listening allows us to engage with Mystery fully, using our emotional, intellectual, and intuitive selves. As the music unfolds, we are led on a journey which can be transformative and healing. When practicing passionate contemplation, we may also wish to engage in movement and dance, for in this way we embody the sound and connect directly with its essence. Basically, when we listen to music from the standpoint of passionate contemplation, we are engaging in acts of theurgy as we relive the divine myths within our own selves, and refine the lead of ordinary consciousness into pure gold.

One composer whose works lend themselves readily to this practice is Franz Schubert. In the book Franz Schubert and the Mysterium Magnum, Frank Ruppert points out that almost all of Schubert’s works sought to convey variations on a basic archetypal narrative based on love, loss, and rebirth. He argues that this narrative is related to ideas found in the kabbalah and in the gnostic mythology of the Divine Sophia. According to Frank Ruppert “Schubert’s wanderer, the hero of the instrumental works and the subject in all his art, is himself, you, me, romancing the hidden God in and through the lower world, but simultaneously called to transcend and then re-discover that world in an experience of divine harmony. To truly taste this art is to dine on the food of the gods. It is to ascend to a higher wisdom. In Schubert’s art the sweet mystery of life finds utterly sublime expression.” (Ruppert, xi)

Another composer whose work strongly embodies the narrative approach to music is Gustav Mahler. His music explores mythological and archetypal realms, and his instrumental works are full of mysterious events that seem to hint at some esoteric narrative underpinning the music. Though all of his music is brilliant, two pieces in particular stand out for me as being especially suited to contemplation by the spiritually minded listener, the Ninth Symphony and Das Lied von der Erde (“Song of the Earth”). The last movement of Das Lied von der Erde, in particular, I find to be an extremely powerful meditation on the mysteries of life and death. I encourage those who are interested to explore this avenue of spiritual practice and see for yourselves how powerful the passionate contemplation of music can be.

When viewed from an esoteric perspective, music is not only an object, but also a living force which can also be used to effect change in the spiritual and material world. In other words, music can be used as a form of incantation and magick. This was no secret to the ancients, for we have plenty of evidence that music played an important role within various magickal practices. To this day, drums and repetitive rhythms form an essential part of shamanic practices, as well as practices in the African Traditional Religions involving possession trances, and it is well known that sorcery goes hand in hand with these practices.

However, my research has shown that little information is available on how to purposefully construct pieces of music for magickal purposes. My own approach has been to intuitively create musical themes that function as mantras, and act as “calling cards,” assisting me in the invocation of various spiritual entities. It is also possible to construct pieces of music that encode one’s magickal intent in a more rigorous way; such pieces operate in a way similar to visual magickal sigils. For more information on this approach, I invite you to obtain a copy of the book Rhythmajik by recording artist and esoteric percussionist Z’ev (available by request from http://www.rhythmajik.com).

Finally, of course, any discussion of music and spirituality would be incomplete without a discussion of ecstasy. For not only is music an ideal object of contemplation, and a means to enact change within the self and beyond, it is also a tool to cleanse one of negative emotions and create states of intense joy and rapture. The kabbalists were well aware of this, and none other than the Jewish philosopher Rabbi Moses Maimonides stated, “One cannot attain prophecy when he is depressed or languid, but only when he is in a joyous state. When they were seeking prophecy, the prophets would therefore have people play music for them.” (Kaplan, 65) Music has the ability to overcome the resistances of ego, to fill us with passion, and for a few moments unite us with Divine Mystery.

“Let them praise His name in dance;

with timbrel and lyre let them chant his praises.”

Because of its connection to joy and ecstasy, music can play a central role within spiritual practices that involve mystical devotion. Thus, it is no coincidence that music plays a crucial role in some forms of mysticism, and can be found in Hassidism, Sufism, Bhakti Yoga, and many other traditions. When we create music with the intention of honoring divinity, the music we make and our own persons become gifts to the divine. When we compose, play, strum, sing, beat the drums, shout, and dance, we give our own energy as an offering to divinity and draw closer to Infinite Mystery in whatever forms we choose to honor it. There are a multitude of musical pieces that reflect a devotional intent, but I would like to mention here John Coltrane’s suite A Love Supreme, for it is not only an artistic tour de force, but also a supremely moving testament to Coltrane’s spiritual quest; A Love Supreme inspired me when I first heard it as a teen, and continues to inspire me to this day.

With the advent of music as an industrial commodity, music has been commercialized and in most contexts robbed of its inherent spiritual potential. It is up to us to reclaim music as a potent form of spiritual technology. Now, more than ever, humanity is at a crossroads, beset by obstacles and facing monumental challenges. If we are to survive and evolve, we will need to use all the creative means at our disposal, including music, for music has the power to heal us, sustain us, and assist us as we carry out the Great Work.

Joscelyn, Godwin, ed. The Harmony of the Spheres: a Sourcebook of the Pythagorean Tradition in Music. Rochester, Vermont: Inner Traditions International, 1990. Print.

David A. Powers (http://davidapowers.com/) was born in Zaragoza, Spain, and began playing piano professionally at the age of 15. As a composer and improviser, he seeks inspiration from natural beauty and from the rich heritage of traditional and contemporary music making in the global community. His sound references jazz, soul, gospel, blues, funk, avant-garde, and European classical, and in his quest to unify jazz, classical, and non-Western musical forms, he is currently developing an approach to music theory called Ecophonics. His influences include classical composers Beethoven, Schubert, and Mahler, and jazz pianists Duke Ellington, Thelonious Monk, Horace Silver, Alice Coltrane, and Sun Ra.

Mr. Powers studied composition under award winning composer C. Curtis-Smith. He has performed with such jazz luminaries as Roscoe Mitchell, William Parker, Billy Hart, and John Patitucci. His professional engagements include work with the Hyde Park School of Ballet and the Columbia College School of Dance.