An Excerpt from “Echoes of Earth”: Keepers of the Mountain by L. Sue Baugh 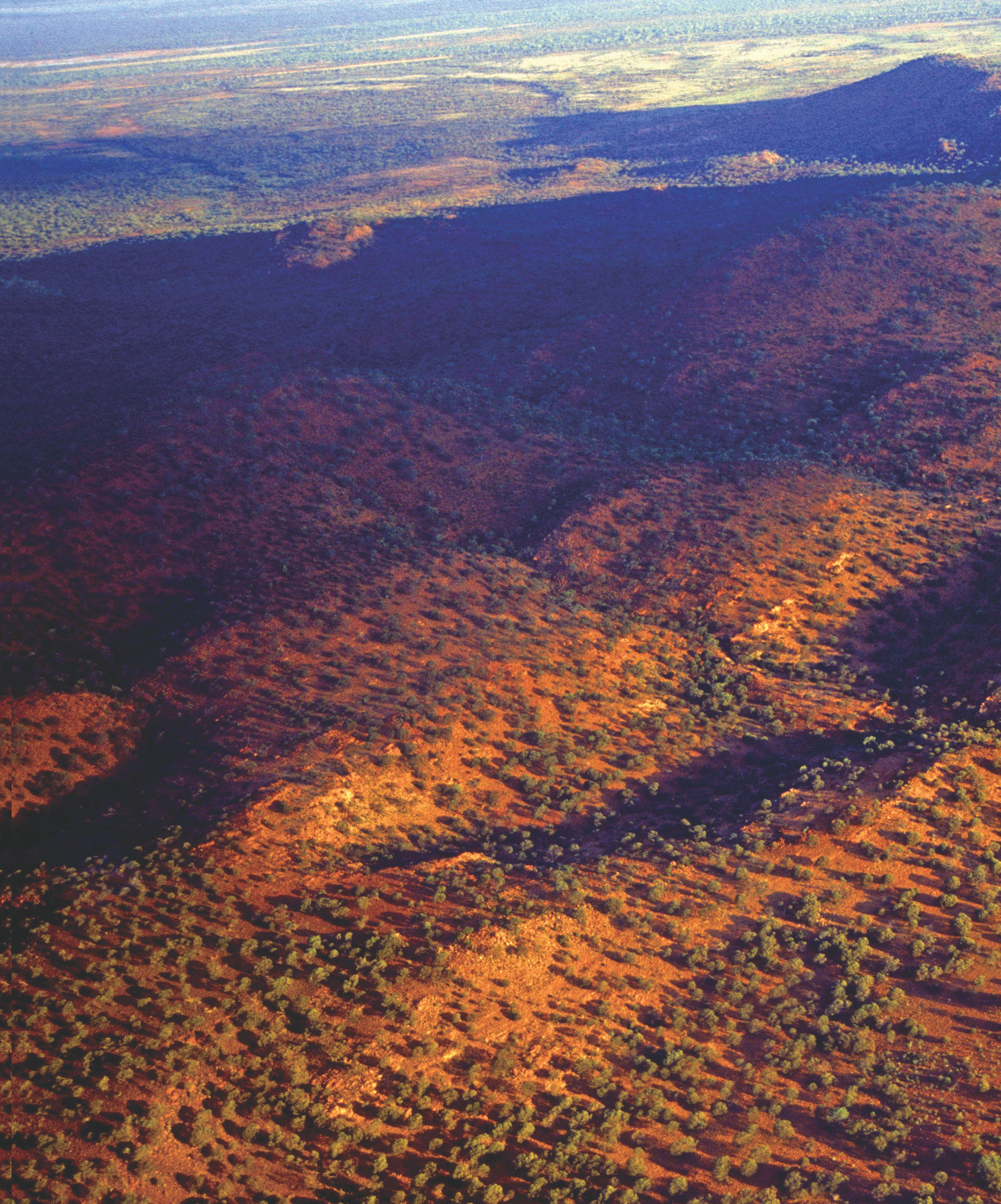 The Keeper of the Mountain – Mt. Narryer, whose ancient minerals are nearly the age of Earth itself, is located in the central Outback of Western Australia. This remote, undisturbed site is surrounded by a haunting solitude and silence.

“You want to see Mt. Narryer? You have to talk to the Keeper of the Mount.” Sandy McTaggart

“What did you find out there?” Carol is eager to hear about our stay at her beloved mountain. We returned to the McTaggarts’ house at dusk, having followed our plastic strips back through the bush until we found the main road again. Now Carol and the two of us warm ourselves near the hearth where a single log burns in the fire. Carol says, “A Japanese visitor once told me Mt. Narryer has shibumi, a kind of condensed power.”

“That’s what we felt, too,” we tell her, “and it’s probably going to take us years to understand it.” As the fire burns lower, we ask how they came to own Mt. Narryer. Carol laughs. “I knew it was something special the first time I climbed it. I asked Sandy to buy the mountain for me—and he did!

“My first goal in life was to be an anthropologist, but in the 1960s, when I got my degree, women weren’t allowed in the field with the men. They told me I could teach or catalog other people’s work. So instead, I studied city planning, traveled to Australia where I met Sandy, and here I am!”

After the zircons were discovered at Mt. Narryer, Carol tells us, geology teams from all over the world started coming to the ranch. “In fact, we took a NASA team out to Mt. Narryer a week before you came.” Now, in a wonderful twist of fate, Carol not only guides expeditions to the mountain but also owns the land where all the fieldwork is done.

Carol and Sandy McTaggart on top of Mt. Narryer.
They have worked tirelessly to protect their mountain.

The Spirit of Place

For the McTaggarts, Mt. Narryer is more than a geologic mecca. It serves as a refuge from the hard life of ranching in the Outback, allowing them to touch something enduring and sustaining. As Sandy has said, “You can commune there.”

Mt. Narryer rises like the back of a small dragon in the distance. The McTaggarts hope it will be declared part of a “quiet zone” for an astronomical array in the area.

The mountain may have a spiritual heritage as well. In the past, geologists have found rocks placed
in a circle on its summit. At one time, Aborigines may have used the mountain to initiate their young people, giving them a deeper understanding of their relationship to the land.

Carol firmly believes that the geologic treasures at Mt. Narryer belong to humanity and need to be protected from mining operations. “I’ve got a list of white knights to help me,” she says, “geologists who are willing to support the cause. And Sandy critiques all the letters I write to politicians.”

A National and World Treasure
The next day we reluctantly leave for Shark Bay on the coast and then the long flight home. But we keep in touch with Carol, who writes to tell us that after several years, her efforts have finally paid off. In 2009, the government granted National Heritage status to Mt. Narryer, giving it limited protection as a scientific site. Her ultimate goal is to gain World Heritage status for the mountain through the office of the United Nations. The protection comes at a time when large areas of Western Australia are being mined for iron ore, nickel, and rare earth minerals. Jack Hills, site of the oldest zircons ever found, has been largely destroyed for its iron deposits, with only a small section set aside for geologic study.

We learn that Mt. Narryer could gain permanent protection if a large astronomical array is built nearby—one square kilometer of radio dishes listening to the universe. The mountain would be part of a “quiet zone” around the array, established to prevent nearby mining operations, ranching, or local airplane flights from affecting sensitive radio equipment. The mountain would make a fitting guardian for astronomers studying the origins of the cosmos.

Someday, Carol knows, she and Sandy will move away from their land. As keepers of Mt. Narryer, they want to know that the mountain they love will endure as it has for millions of years—guarding some of the oldest fragments of Earth.

L. Sue Baugh, writer, editor, and artist, conceived of the ancient rocks project as a way to explore our deep relationship to Earth. The project reflects her life-long passion for blending art, science, and the wisdom of other cultures. In addition to her work in the publishing field, she has been studying with Taoist and native shamanic teachers for the past 30 years. Her book about her journeys, Echoes of Earth: Finding ourselves in the origins of the planet, was the primary source of artwork for Life Force Arts Center’s Winter 2012 art exhibit Ancient Voices of Stone Visit www.wildstonearts.com