Back to What’s Real by Tonya Kay 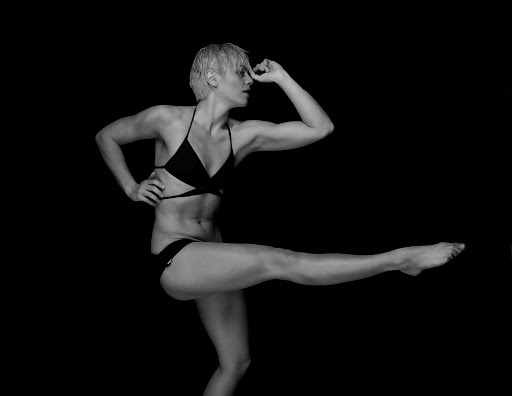 The gorgeous young man on my right could tap dance a dreadlocked symphony in his sleep.  The tattooed guy to my left sang opera underneath his breath.  My parents taught me to give silent compliments to everyone including myself, so luckily I knew no jealousy.  But there we were – the most prolific, audacious, and magnificent of Manhattan artists all vying for one job: to make music out of trash cans, make history in live theater, and claim a spot on stage in STOMP.

I was feeling rather exposed, as only an auditioning performer can, being expected to be brilliant on command.  My compliment mechanism kicked into overdrive as one by one we were directed to take center stage and improvise music using only our hands and feet while Luke Creswell, STOMP’s creator, took notes in the empty audience.  “Wow, that Japanese girl sure can solo!”   “Sweet, did he just do a standing back flip?”   “Great…I guess it’s my turn after Ringo Starr, here…”   The jazz musician panted, the African dancer paced, and I did what any starving artist in an overly tense situation would do: pulled up my sports socks, stepped center stage, and screwed up.

I was not the best dancer at the audition.  I was not the best percussionist.  I was not the best at anything at all – except being myself.  In fact, I was the only one who could possibly do it.  And with that heavy responsibility upon my shoulders – that if I did not express myself fully in this very vulnerable moment, a unique creative opportunity would be lost forever – I got down to what was real and gave the only thing that anyone really has to give: the authentic me.

If you had told me when I was four, hosting tea parties with my stuffed animals, that at 26 I would be rolling out of bed and into the back of a limo to do morning radio appearances, I would have dropped my lump of sugar.  If you had suggested to this Midwestern firefly catcher that someday she would be signing autographs in a different time zone every week, she would have absent-mindedly set the glowing captives free.  Never in a million childhood imaginations could I have daydreamed a life so fulfilling, a career so rewarding, a fantasy so real as touring the nation in STOMP.  And a year and a half later, as I stand center stage soloing music using only my hands and feet, this time in front of 2,000 people, I am reminded of why I am on this stage at all.  It is not to “act” and  “perform” – words implying falsity or illusion.  No, if these 2,000 fans wanted façade they would be zoning out on reruns in their living rooms.  Instead, they have chosen the red velvet seat of live theatre and are opening up to experience me, asking me to affect them, inviting me to change their lives.  The audience gives me their attention and in return, I give them the only gift anyone really has to give, the only thing anyone is really interested in receiving, the only reason to live and breathe at all: the truth… myself… what is real.  Every night the challenge to become a better performer is the challenge to become a better human being, through knowing myself more deeply and expressing myself more fully. 2,000 watching eyes keep a girl honest.

I remember early in my touring career playing Danville, Kentucky.  You know you are off the grid when Verizon doesn’t get reception.  Or when there is no local dial-up number.  Or when the only grocer within walking distance is Super Wal-Mart (which surprisingly did offer a small organic produce section down the aisle from the car batteries and next to the disposable diapers, I believe).  Disheartened and famished, I opted instead to wait for catering at sound check, only to be thwarted yet again by parmesan on the iceberg salad and, well…let’s just say fruit isn’t “what’s for dinner” in Danville.  I remember some of my early hotel rooms having refrigerators….some not.  And fondly, I remember my new cast-mates lovingly calling me “rabbit.”  It is a way of reaching out, this friendly teasing, but somehow it just leaves one feeling different, which is probably the main obstacle to maintaining a raw food diet – feeling socially isolated when in your heart of hearts you believe you are normal.

But any goal worth striving toward is as difficult or as effortless as we perceive it to be.  Embracing the dramatic adjustments to my routine, instead of cursing them, has rewarded me threefold with health, education, and experience.  I learned quickly that even the smallest cities have a co-op or health food store, and there is no cab ride too expensive that is not worth the organic persimmons eagerly awaiting my arrival into town.  I learned also that nice hotels will gladly deliver a refrigerator and a handsome bellhop to your door upon request.  And I learned that Mexican joints and fine dining restaurants are a raw foodist’s greatest allies when eating out with friends.  Guacamole or a chef’s surprise salad consistently exceed my expectations, and more importantly, remind me that I am not a victim of raw food, hiding in some hotel room, peering through a peek hole at the world’s social web. Rather, I am in the center spinning, spinning, spinning patterns of friendship and connection.

Which brings me to my absolute favorite part of touring as a raw foodist – yes, friendship and connection.  The STOMP company I travel with is 19 individuals strong – all exceptionally extraordinary people, to say the least.  Out on the road, sometimes all we’ve got is each other – we celebrate birthdays together, mourn deaths together, create art together.  And because I view the raw food diet as an ever evolving personal experiment that this scientist would abandon completely if unsatisfactory results came back from the lab, I acknowledge that my cast-mates may be getting the precise results they desire from their chosen lifestyles and therefore I have nothing but respect for their personal paths.

Yes, I adore my brother and sister STOMPers and all of our glorious diversity, yet there are times when I need the support of a fellow raw fooder.  I need to discuss the femininity of the pomegranate or the neutrality of dino kale.  I need somebody to suck on a coconut with me.  And it is precisely at these times, with the aid of my faithful laptop computer, that this traveler has reached out and discovered a monumental truth about America’s raw food movement: we are everywhere!  From potlucks in Central Park to festivals in Oregon, from Karyn’s Fresh Corner in Chicago to Rawsome Café in Phoenix, from the Favor family in Austin to a treasured cyber pal in San Francisco, I am fortunate to report firsthand that our community is vast and rapidly growing.  We are the artists, the musicians, the healers, the parents.  We are the innovators, the educators, the leaders, the dreamers.  We are role models in society, we are muses for growth, and we are the emerging counterculture of the 21st century.

So unto all my STOMPer friends I say, “you gotta know when to fold  ’em,” for the bet has been won and even improved upon. Not only am I traveling full-time and enjoying an unstoppable social life as a raw foodist, but I am doing it all while maintaining the intensely physical lifestyle of a professional athlete.  The cast-mates who once called me “rabbit” are now complimenting my  “solid” figure and inexhaustible energy.  And this time it is I giving the silent, knowing smile…

I eat raw food not to transcend the human experience, not to cheat death, defy aging, or attain some enlightened spiritual state.  I eat raw food because it brings me joy right now.  And it is precisely by getting back to what’s real and living in the moment that I effortlessly become the giving performer, the thriving athlete, the authentic human being it is natural for me to be.  If I am blessed enough to live a century, seeing only one hundred autumns, feeling only one hundred springs, then I refuse for even one day to delay life’s pleasures.