Editor’s note: The following poems by LFAE Featured Artist Sally Cooper were inspired by some of the artwork in Life Force Arts Center’s exhibit “The Spiritual Power of Art: Universal Energy” running May 22 – September 1, 2015. All poems were written in 2015. 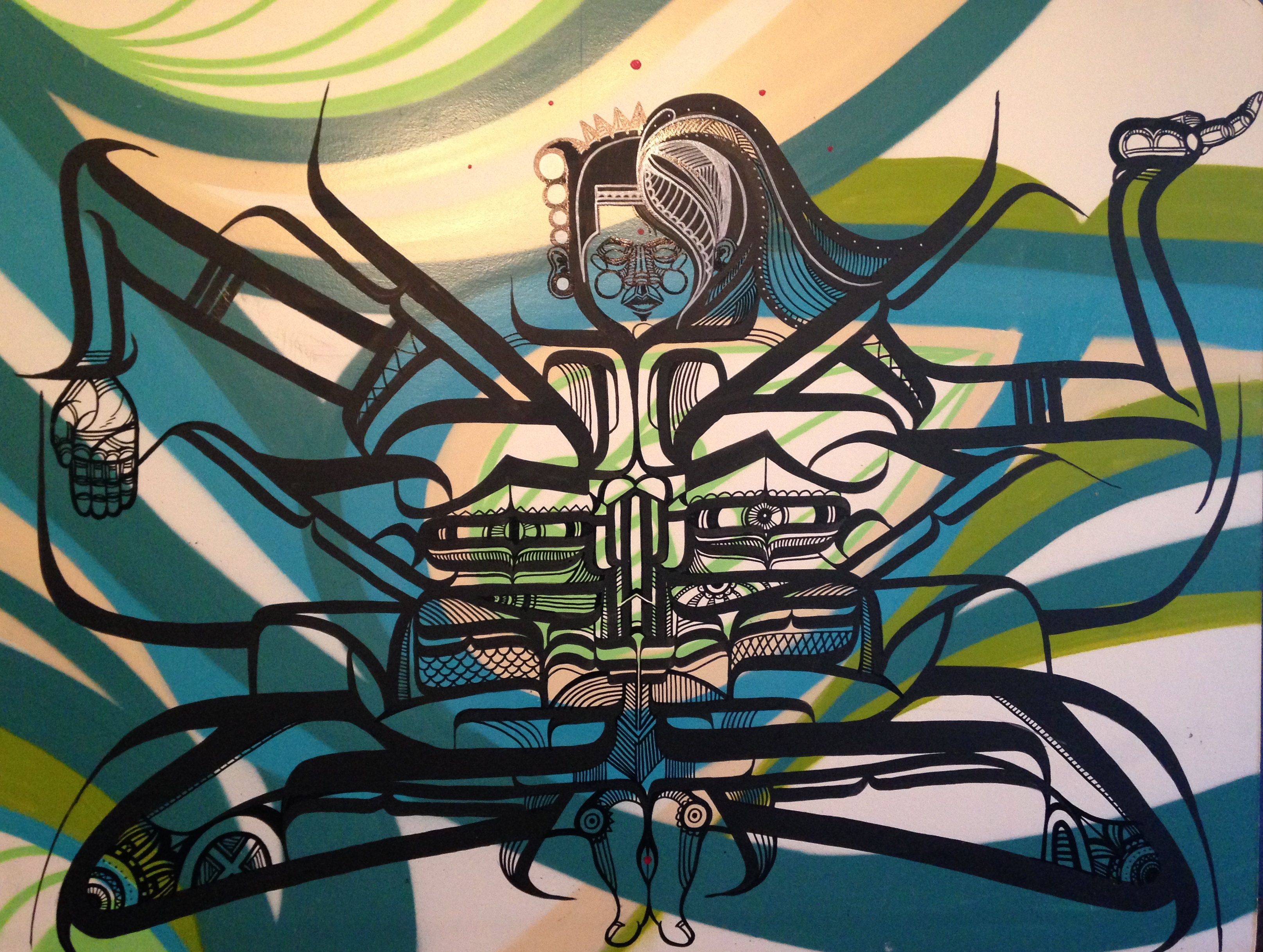 Mira!
Two mothers peer through opposite windows.
They see boys running down the empty street.

The women wear Masks of Sorrow-
Grief outside/Rage within.
They relive the times they spent with their sons.
Regrets, recriminations…

They awake from their trance and realize that those are not their children taken, oh, so soon.

Butterflies land on their windowsills. 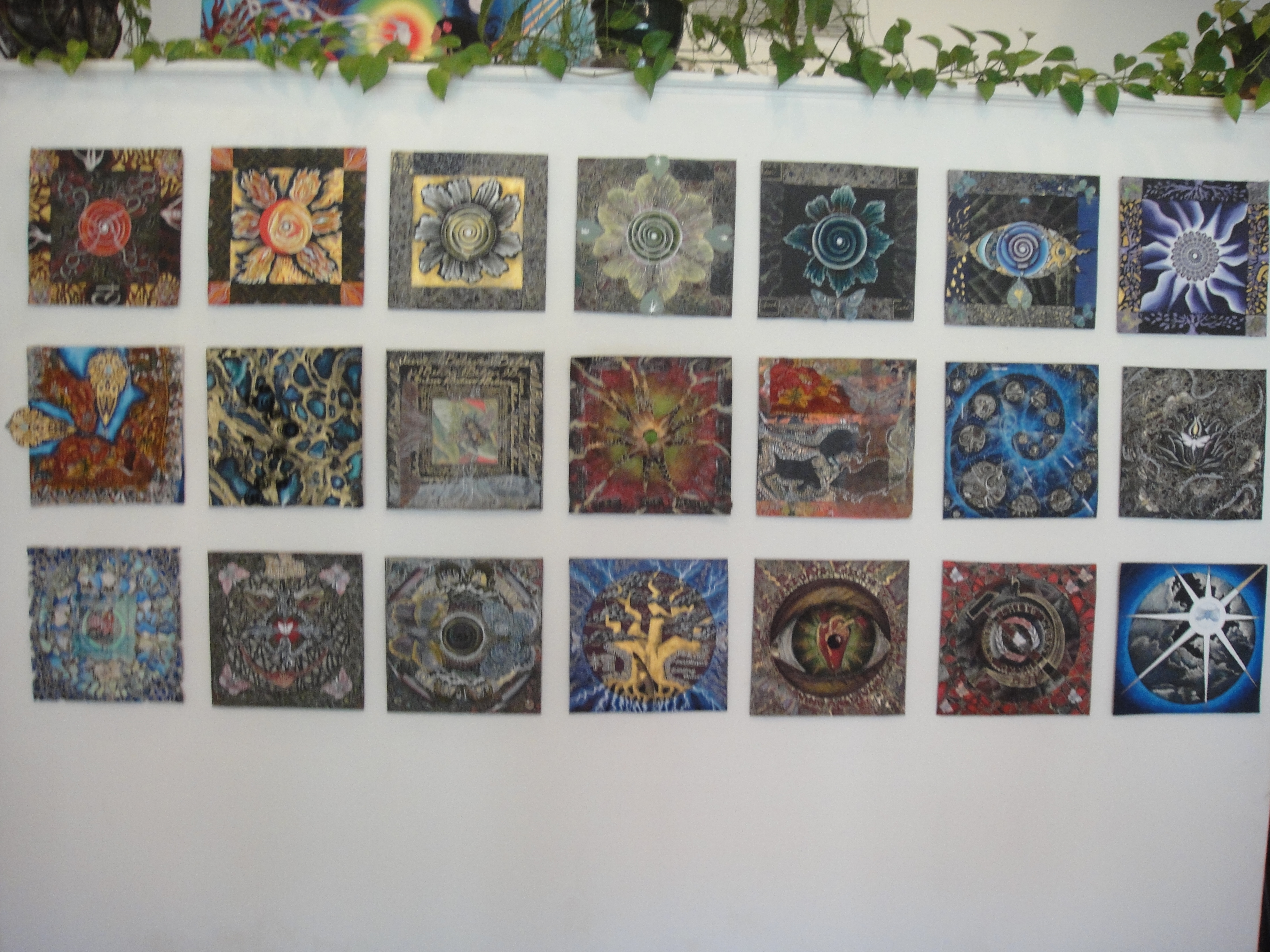 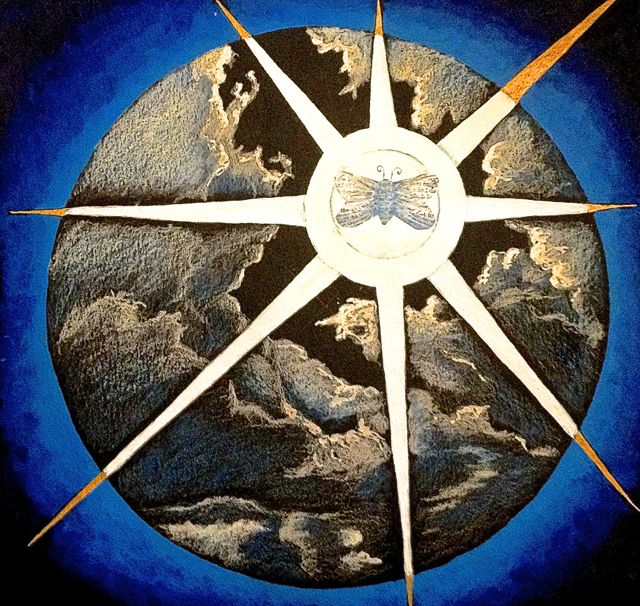 THE HEART HAS FAR TO GO (South Wall)

Like a Quilt designed for the Underground Railroad,
Every square tells a story
And shows YOU THE WAY TO FIND YOUR NEW HOME.

The Artist, like a Magician, can transform
The Natural, the Spiritual, the Tangible…

(Inspired by “INFINITY” by John Henderson, At LFAC’s “UNIVERSAL ENERGY” show in 2015) 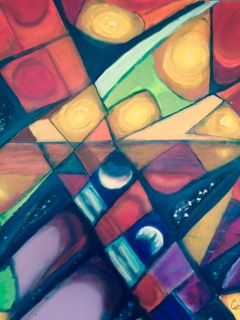 Sally Cooper is a playwright and performance poet born and raised in Chicago.  She studied playwriting with Philip Dawkins, Lisa Dillman and Claudia Allen.  Sally is a long-time member of the Access Project with Victory Gardens Theater and is an advocate for barrier-free theater in the Chicago area.  She has produced several short plays for “sketchtopia”, an annual night of scenes presented to the theater community, and also produced a comedy to raise funds for Access Living’s “disability Pride Parade”. Sally studied with Mark Smith and Jerome Sala and has performed at the Poetry Slam at the Green Mill Lounge, Fizz and other Chicago venues.  Her work is featured in the “Jawbone Festival” poetry anthology, and she facilitates a monthly Poetry Circle. She is happy to be part of the LFAC community, and is a member of LFAC’s Board of Directors.