“Snake Medicine”: excerpts from the book by Colleen Keough 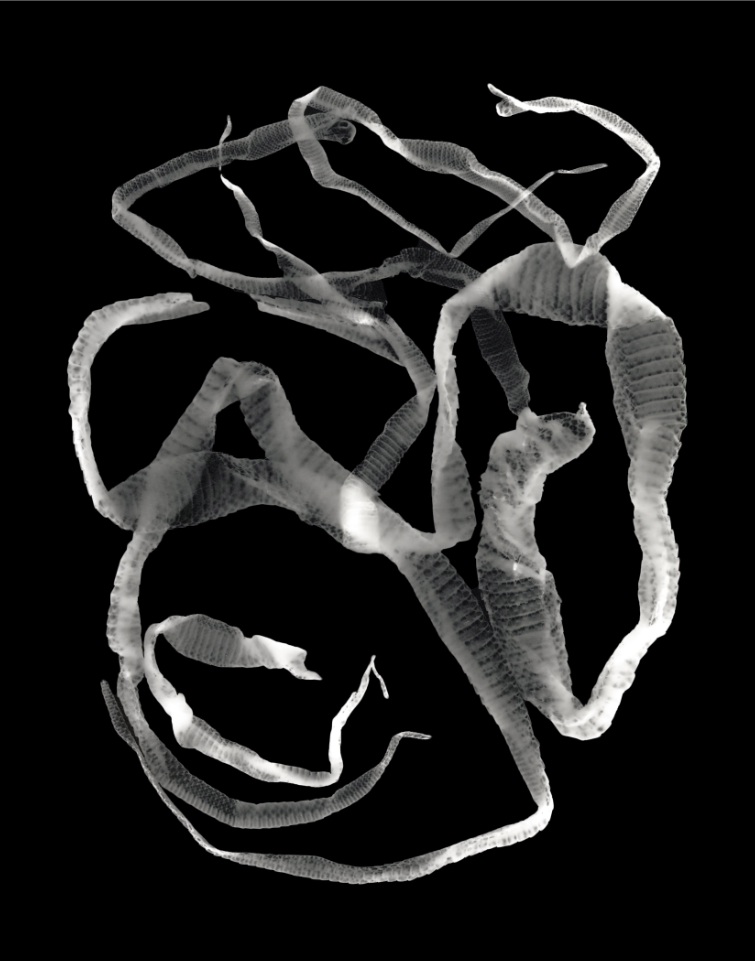 He sat on a wicker chair in half lotus position

She, a severed head spoke to me with eyes sunk to the back of her skull

(This was the dream)

They asked me to speak of death and I recoiled

What do I know of death?

As we were driving she described to me a recurring experience where she felt as if the world were caving in on her. An ominous white cloud descended and she shrank feeling smaller and smaller, like she was being suffocated. It was a palpable experience and usually took some time to shake. Almost involuntarily the word “Pompeii” came out fo my mouth. Now, years later she tells me that since that day in the car, she never again had that same experience. 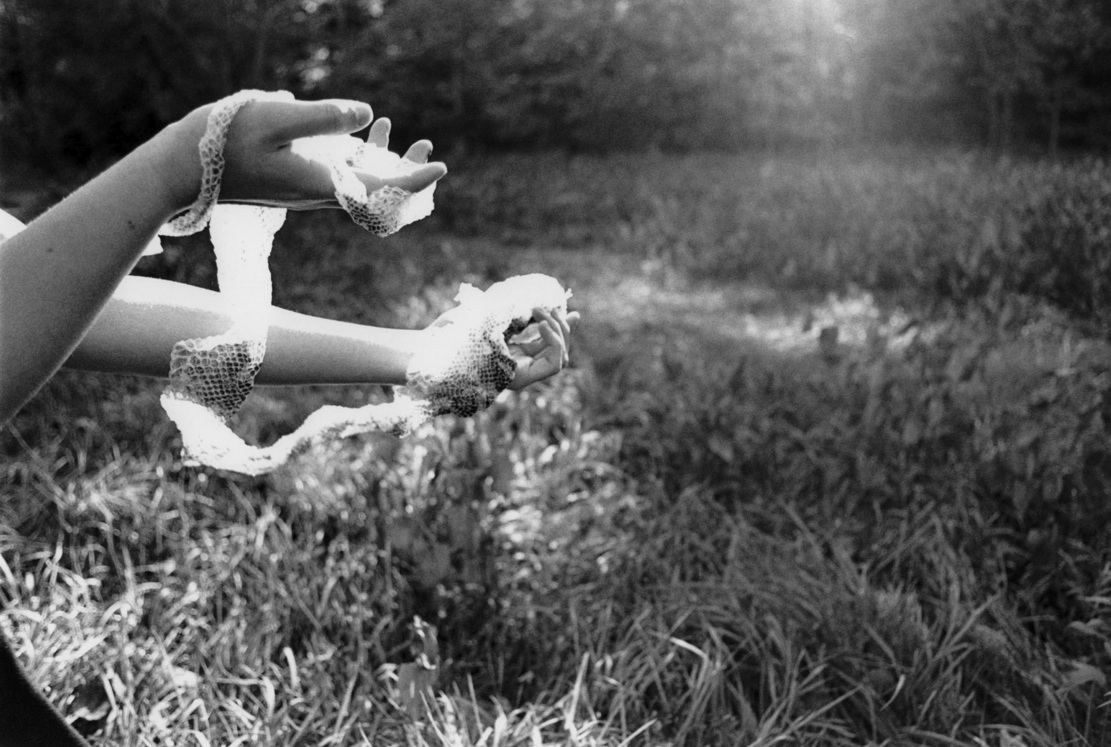 Snake Medicine came together quickly and unexpectedly, the result of exploring artistic process, autobiography, and experimentation through revisiting the analog medium of photography. The work loosely documents a reflective performative process and narrative. The images are personal, yet I hope they will resonate with many.

Over the last several years I’ve engaged in numerous conversations with people from all areas of my life. We discussed traumatic events and difficult passages. Stories of loss, grief, betrayal, dysfunction, depression, regret, anger and disillusionment permeated these exchanges. From these intimate conversations I discovered a common thread. Though the troubles, experiences, and circumstances for each individual were completely unique, much of their frustration stemmed from not having an outlet or community practice in which to seek guidance and solace. I’ve witnessed those close to me feeling isolated and alone, disconnected from themselves and their fellow humans.

It’s not hard to surmise how we’ve arrived at this existential junction. One only needs to listen to the daily news to arrive at a place of hopelessness, fear and despair. The speed at which we move today, and the speed at which we move on has impeded our ability to process all the parts of our life experiences. Pain, suffering and the human condition, the ability to empathize and stand witness to others hardships are quickly vanishing faculties. This is truly an epidemic. In the face of such unrelenting global trauma I have no real solutions to offer. The only way I know how to fix things is to fix myself. To go within, excavate, discover the fractures and begin the process of mending.

I pursued the Snake Medicine project with the intention of sharing the process of working with personal narrative, images and performance as a way to create from loss and trauma. The self, the wounded and glistening parts, the traumatized and heroic parts, the fascinating mosaic that makes up the whole provides a well of material to work with.

The Photogram Drawings, as I’ve come to call them, serve as a visual meditation. Much in the same way people choose to create mandalas as a process and form of meditation, I found the process of working in the darkroom to have a similar consciousness altering effect. The photograms reflect an unrehearsed process. Created using the sheddings from multiple species of snakes, I arranged the skins in abstract shapes and patterns. The images that surfaced during the development process were often startling, giving me a glimpse of what was taking place below the surface.

What emerged were interesting compositions that evoked multiple interpretations. The arrangements of organic forms and lines suggest the body, gut and internal organs. They conjure notions of the x-ray and medical examination, yet also speak to forms of abstraction.

Performance is a vehicle for art, ritual and transformation. Performance is presence, catharsis, and metaphor. It speaks the language of the subconscious, the universal and collective unconscious. Performance Art is as much for the performer as it is for the viewer or participant. The performer is the vessel and channel. She holds the space, alters consciousness, and allows – for those who are willing – to transmute and transform.

We need only to look at artists such as Marina Abramovic, Kenneth Anger, Carolee Schneemann and Joseph Beuys to get a glimpse of the blurry line living between ritual and performance art. Ritual employs the language and power of symbolism, poetry, performance, incantation, meditation, visualization, sound, music, rhythm, costumes, dance, theatrics and props. Ritual can be described as a type of trance theater though it need not be grand or complex.

The actions and rituals in this book are meant to be playful.

There is no specific religious or cultural attachment to them and one need not conjure supernatural energies to perform them. They are meant as performances, actions and departures for discussion, art making, an introspection. The reason for this framing is to eliminate dogma and dispel negative associations that often come with “ritual” acts. It is up to the performer to infuse the action with her beliefs or intentions. What she believes is none of my business. What I believe is none of yours. It should not matter. I created this series as a work of art but now see it as something greater, something that will evolve over time. I see it as a method to unpack the richness of the psyche and soul, as away to connect with others through actions and performance.

The work in Snake Medicine embodies the archetypal loss, death and rebirth narrative. I created it as a way to work things through, but even more, I created it for others to witness a path, and process of performative making that is accessible and experiential. In these pages, I hope you find transformation. I hope you revel in the mythic wisdom and power of Snake and its message of shedding skins and beginning anew. I hope you perform the actions and rituals herein with an open heart and curious mind. Above all, I hope you have fun with it.