The Life Force Arts Method (LFAM) is a powerful psychological and spiritual tool for building positive relationships from one’s inner world to the outer world. It is a modern version of universal wisdom teachings that values true self and creative community, a modern medicine wheel. It was discovered by LFAE Founder and Director Joan Forest Mage beginning in 1985 through her work in the performing arts, and is the basis of everything Life Force Arts Ensemble does. All of our exhibits and performances explore various aspects of LFAM.

The Life Force Arts Method (LFAM) is a spiritual teaching based in ancient, universal wisdom, that I received through inspiration. The model as a whole took almost thirty years to develop, from 1985 – 2013, although the core concept, the 4 Skills, has remained consistent. The Life Force Arts Method is based on the principle that nurturing the unique gifts of each individual creates healthy, well-functioning community. Life Force Arts Method training is carried out through exercises in the arts, personal growth, shamanic journeying and healing ritual.

In 1985, after fourteen years of study and professional performing experience as a modern dancer, I set out to create my own unique artistic expression. I soon found myself “downloaded by the Universe” with concepts and practices that were clearly spiritual and had profound cathartic and healing effects on audiences and students. It was obvious that I was creating something much larger than dance in the usual Western concept of art…. It was finally in 2002, that I fully realized that the system I had synthesized which is called the Life Force Arts Method is similar to the ancient indigenous teachings that many cultures call the medicine wheel.

Although in a sense this system originated from one person, it is based in universal principles. It is an honor and a privilege to contribute to manifesting these perennial teachings in this world at this time.

LFAM is a model of health rather than pathology, based on principles drawn from both ancient and modern sources, including shamanism, an ancient form of spiritual healing found in virtually every culture. The Wheel guides participants from personal healing through spiritual wellness and finally to live an empowered and contributive life. Through knowing and practicing the principles of the Wheel, people’s lives can be healed and empowered.

LFAM is not based in a particular ethnic culture or religious belief. Rather, it is a contemporary combination of both psychological and spiritual practice in a non-denominational approach to greater wholeness. We work with core principles of cross-cultural shamanism, which focus on the direct experience of the intuitive/spiritual realm. LFAM seeks to connect people to the spiritual side of life in a way that individuals of various beliefs and life experiences can embrace in their own way, discovering their own truth.

Click here for the complete article on the Life Force Arts Method. 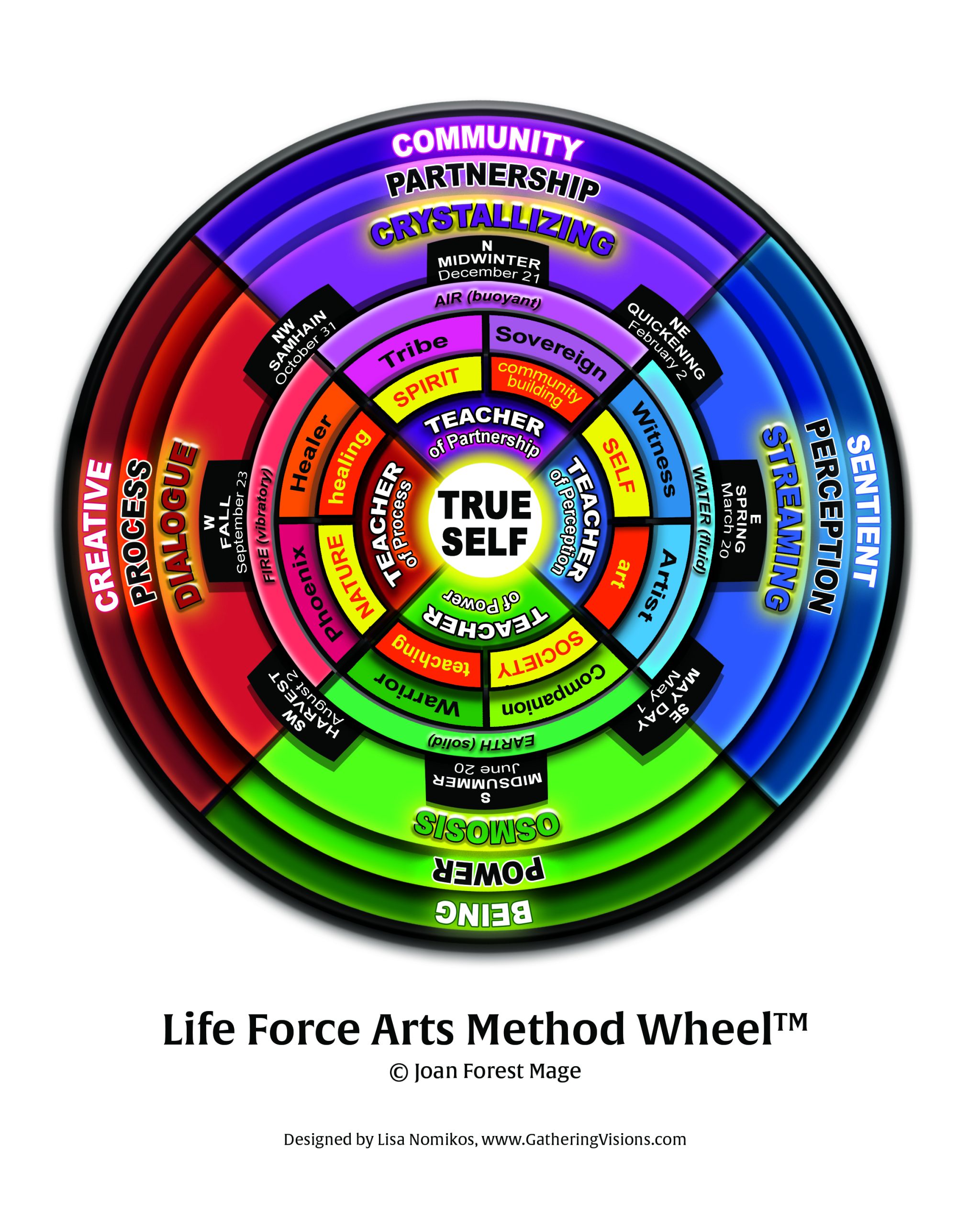