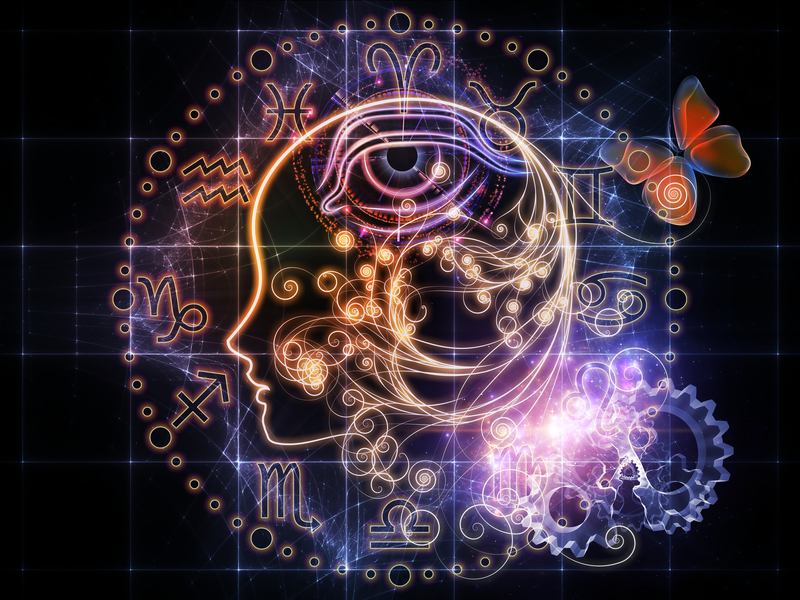 A note for the reader: This article assumes a basic level of astrological knowledge. If you don’t have your natal chart but you know your birth time, you can cast a free chart at astro.com. If you have your chart but you’re unsure of the planetary rulers of your 5th and 12th Houses, you can use this table as a reference guide.

What creates us, moment to moment? From the pairing of tiny gametes to the full ripening of our being, there is a mysterious power of creative will that animates our life from beginning to end. We are at once a vessel and arbiter of this creative power. There is nothing that we do that is not creative, since all action, no matter how small, serves the creation of the world we live in. We are created beings, thus we seek to create.

When speaking of creativity, many people think of art, music, theater, writing or various forms of craftwork. But if we take a closer look, we can see that even our most basic day to day activities — speaking, working, cooking, parenting, how we dress, how we decorate our homes, how we treat our partners — all of these things have a creative element to them. Being creative does not have to mean doing something lofty or as a profession. We can be creative by simply doing anything that gives our life meaning and purpose.

Astrology looks at creativity as a force seeking to express itself through every area of the natal chart. The astrological symbols most often linked with creativity are the 5th and 12th Houses, their cusp rulers, and the placements of the Sun, Moon, Venus and Neptune. These areas are where we find creative drive, sensitivity to beauty, visioning and power of expression.

But creativity is not limited to any particular set of symbols. The entire chart is a mandala of creative energy, and any prominent planet, sign, and house combination can be a focal point for creative expression. 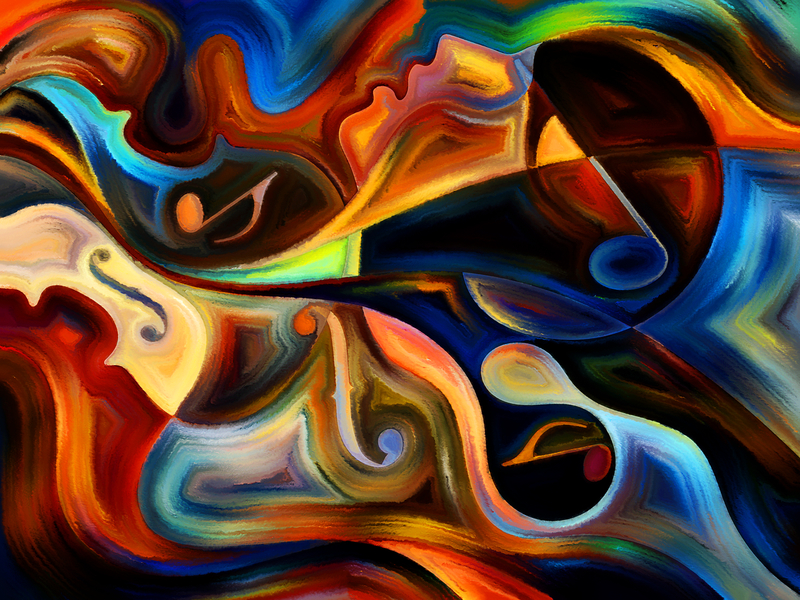 The Actors, the Sets, the Stage

If you’re interested in better understanding and nurturing your own creative abilities, start by looking at the placements of your Sun, Moon, Venus and Neptune as well as the rulers of your 5th and 12th Houses. The Sun indicates your raw creative will, the Moon is the memory and emotional content you can draw from, Venus is your sense of beauty and balance and Neptune is your imaginal connection to the creative muse. Each planet’s sign tells you the “dressing” that gives it its flavor, and the house tells you where in your life that planet is exerting its influence. A more advanced analysis will also take into account the aspects those planets make to the rest of the planets in the chart.

If you find these planets strongly influenced by Jupiter, Sagittarius, Neptune or Pisces, then you might find your creative nature expressed best through visual arts like painting, photography or film. If the influence leans more towards Mercury and Gemini then you may have talents as a writer or public speaker. Sun, Leo or 5th House elements combined with Venus, Mercury, Taurus or Gemini emphasis is linked with acting and stage performance. Pisces or Neptune combined with Venus, Libra or Taurus typically indicates musical talent. Cancer and the Moon with a Taurus or Venus influence can indicate natural culinary abilities. Influences from Taurus, Libra, or Venus in combination with Aries or Mars can indicate an affinity for dancing.

Every planet plays a role in determining creativity. Jupiter will point to philosophical, cultural or esoteric influences as well as the means by which you tap into “right brain” imaginal realms. Saturn will show the types of discipline you will need to develop in order to give structure to your un-manifested creative urge. Mercury is your guide for how best to communicate your art, Uranus shows your unique brand of personal inventiveness and Pluto will point to the bottom line desires that motivate you to create in the first place.

Take for example the chart of Stephen King. His Gemini 12th House is ruled by Libra Mercury (writing) and his Scorpio 5th house is ruled by 1st House Leo Pluto (horror genre, need to actualize personal destiny). His Virgo Sun and Libra Venus in the 3rd House restate the theme of being a writer, while the Libra dimension allows him to create relatable human experience within wildly imaginative situations (Moon in Sagittarius). Painters Pablo Picasso and Frida Kahlo both have 5th House on Sagittarius (imagination, wide cultural influence) and 12th House on Cancer (spiritual imagery). Both of these House positions lend well to painting ability, and their respective rulers in Taurus — Picasso’s Jupiter and Kahlo’s Moon — suggests the physical externalization of the Sagittarian/ Cancerian imaginal forms. Dancer and choreographic innovator Twyla Tharp has a Libra 12th House ruled by a Cancer Venus that sextiles her Taurus Saturn, suggesting discipline of physical form, and a 5th House Mars in Aries, where she finds her creative leadership and command of physicality.

Certain transits and progressions can indicate when creative inspiration and opportunity for cultivation and expression is at its peak. For day-to-day and month-to-month analysis, look to the Moon for cues on when you’re likely to be most “tapped in” to your creative muse. When the Moon transits your 5th and 12th houses, or makes major aspects to your Sun, Neptune, Venus, or your 5th and 12th rulers, can be high times for creative practice and cultivation. When Venus trines and sextiles those same points you may feel a greater affinity and sensitivity to those energies and you might want to cozy up to the planet or house in question and explore its mysteries. Jupiter transits will expand those points and fuel your creative drive and output when transiting the 5th and 12 houses. Uranus and Pluto transits to your natal planets and angles, which are very long term, can actually awaken latent talents you didn’t even know you had.

The progressed Moon will indicate where your emotional focus is at any given point of your life. It takes roughly two and a half years to progress through a house, and roughly two months to progress through an aspect to a planet. That’s about a two month period when you may be more easily in touch with the creative nature of whatever planet it’s aspecting. When your progressed Moon trines your natal Sun, for example, you may find it easier to produce art that expresses emotion and memories. When it squares your Mars, you may be feeling aggression that can be converted into a powerfully primal art form.

Progressions from Venus and Mars can indicate receptivity and drive, respectively, relative to the aspected planet. If your progressed Venus reaches a trine to natal Neptune, that can be a very fruitful time for creating beauty through abstract form, such as writing gentle music or poetry, or painting delicate impressionist landscapes. Progressed Mars trine your Sun lends an inexhaustible store of fuel to your creative power. 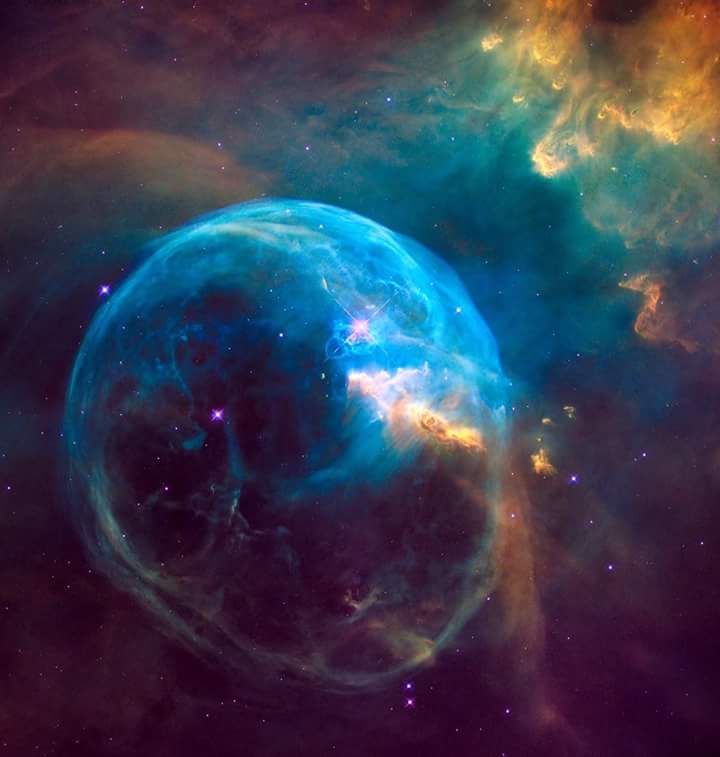 Many artists have described the experience of creating art that wasn’t originated by themselves. It’s as if they open themselves to a creative muse that uses the artist’s mind and body to create on the muse’s behalf. The great German composer Johannes Brahms spoke of “the Infinite Source of Wisdom and Power,” a spiritual energy that he felt expressed through him when he composed. Beethoven believed God made him deaf so he could clearly hear and transcribe God’s music, which he claimed flowed into him as a continuous stream. Joni Mitchell described songwriting as being “in touch with the miraculous.” When an artist, honed by discipline and practice, surrenders to this higher creative will, what emerges can be as surprising to the artist as to those who witness the art.

Access to this power is typically found via Neptune, Pisces or the 12th House, as these symbols indicate a person’s sensitivities to the spiritual muse. But equally important is some kind of Saturn, Virgo or 6th House focus, which lends the willingness and discipline to practice and slowly improve technique day to day, to give that spiritual muse something to ground itself through. Otherwise what emerges is diffuse and uninteresting, without definite, cultivated form.

Emily Dickinson had a Libra 12th House ruled by her Sagittarius Venus and a Pisces 5th House ruled by her 3rd House Neptune. This shows a clear openness and ability to channel higher consciousness through poetry that on its own would likely be dainty and diffuse, but her 5th House Mars/Pluto conjunction in Aries anoints her poetry with intense passion and raw human desire. Moreover, her Saturn in Virgo in the 10th House shows great discipline and the ability to intensely focus herself on her creative craft.

The very act of looking at a chart, whether yours or someone else’s, as a way to glean the flavor and form of the creative abilities available to that person, is in itself a creative act. We all have the urge to create, and it is noble to see oneself as a vessel for something greater and to seek out the highest potential of expression of that higher power. May you find your muse and may she grace you with creative gifts beyond your imagination.

Brian Allemana is an astrologer and author. His blog, Soulrise Astrology, focuses on how astrology can be used to evolve the soul and advance lives.